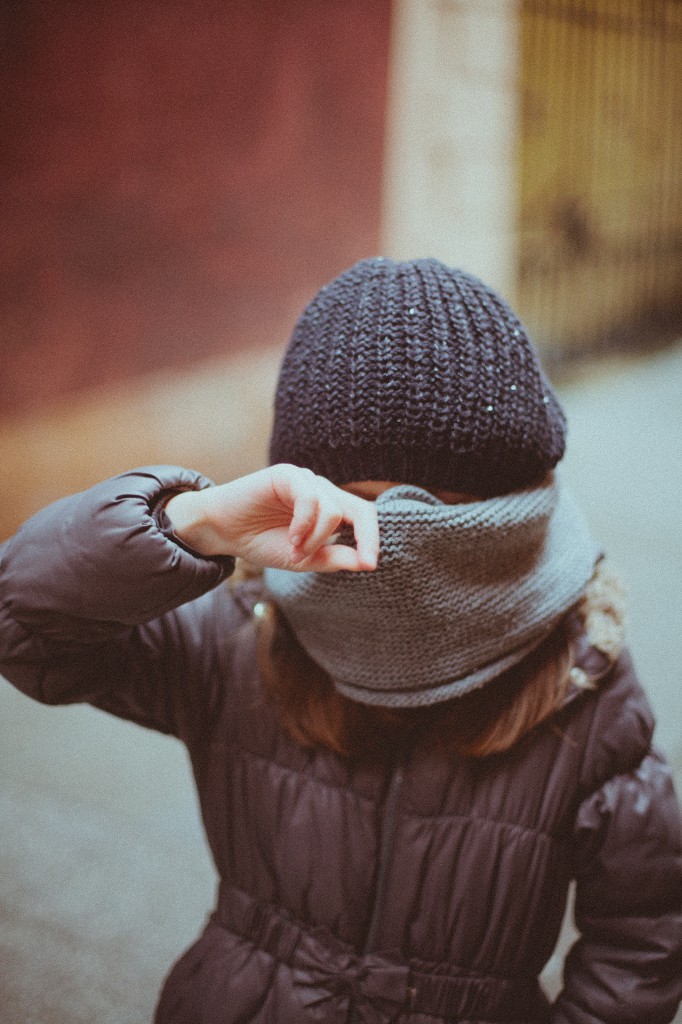 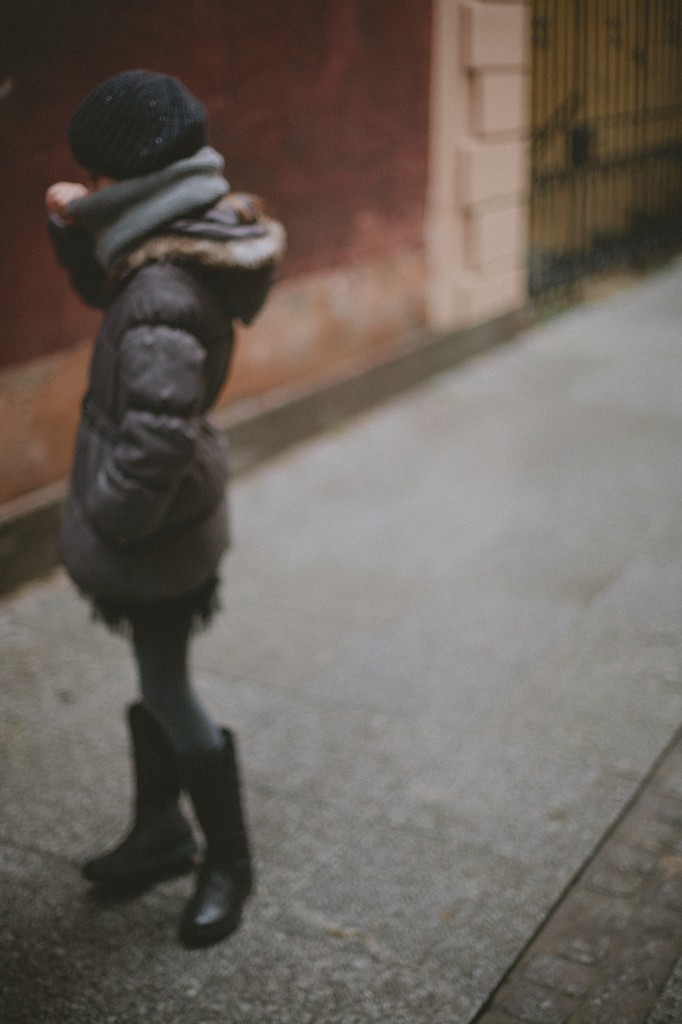 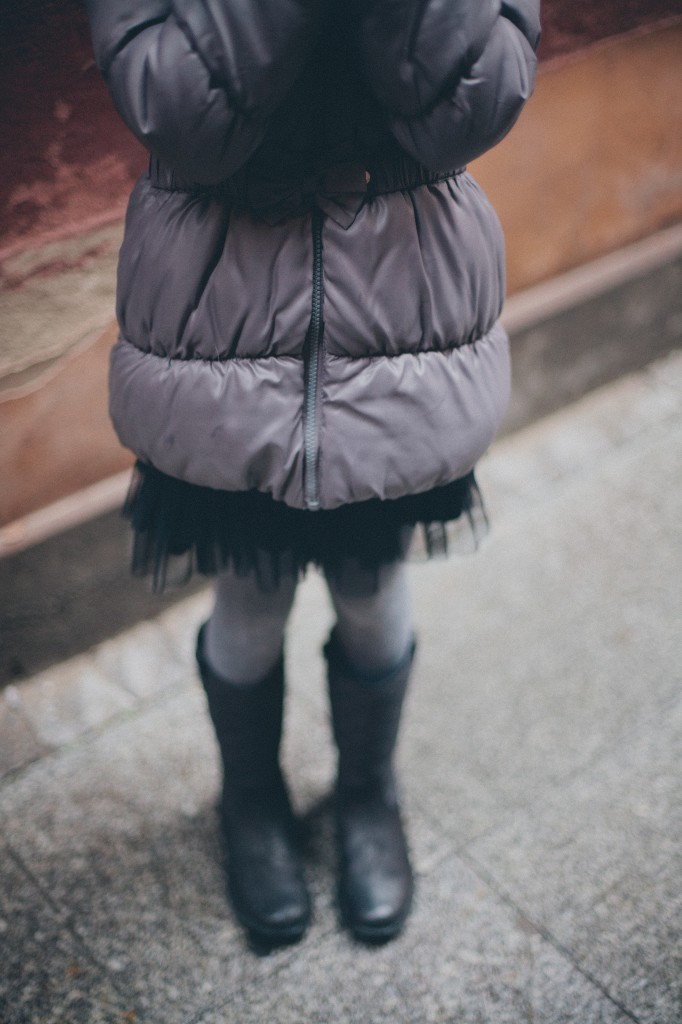 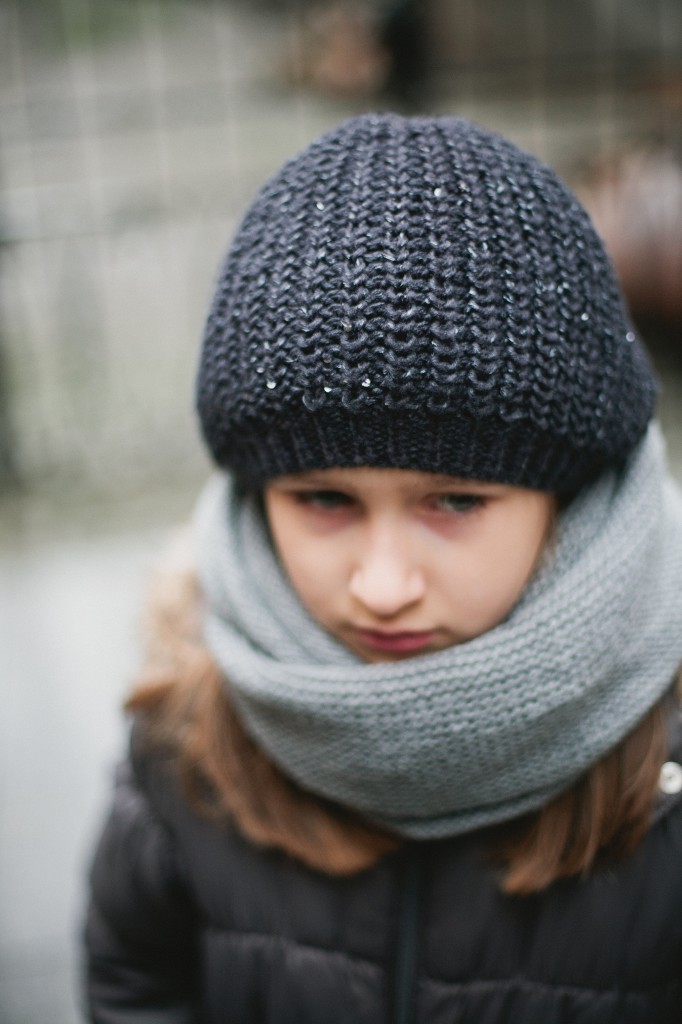 First images, long overdue from a chilly day in Warsaw last year in Warsaw, Poland.
Marta’s mother was hoping for a few new portraits of her lovely daughter. The day was rainy. I had very little time left before heading to meet with relatives. Marta is a bright, talented, beautiful girl. Astonishingly precocious. And it turns out quite shy in public places. The idea of taking some photos outside where passerby strangers can catch a glimpse of her and us was too much to bear… Emotional turmoil. Rain and tears and hugs and more hugs.
In an effort to get at least something I told her to do whatever she wanted to, even if it meant covering her pretty face. She became a ninja. And the result is a mysterious, almost fashion-like story.  I like it.  A magical quality emerged, perhaps not in spite of a compromise, but because of it.  Marta was a ninja and she agreed to let me photograph her introspection, which any good ninja needs for strength.