Notes from infinity – 2 (The beginning, perhaps the middle) 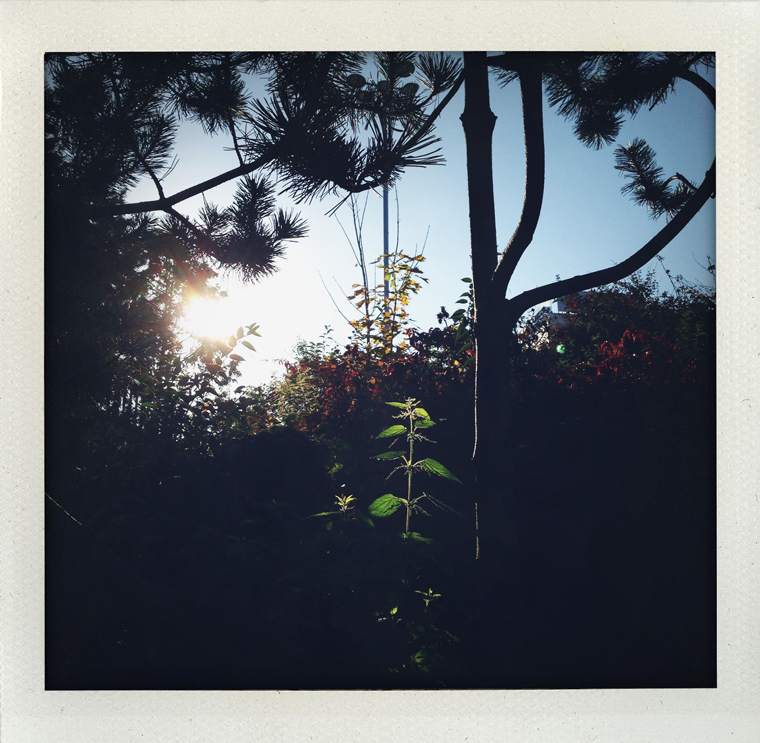 Finally she travels back a year and half later.  The timing isn’t ideal but it’s all that’s left.  If not now she’ll have to wait at least seven months and that pains her.  But the moment the online transaction goes through she panics. Not the reaction she was expecting.  She thought she’d be excited but she’s not.  She questions her decision.  Maybe she should have waited till spring…

No.  It has to be now or otherwise opportunities might be lost, someone might die, the unforeseen may occur obliterating the work she began.  She needs to finish her project.  Just a few images are missing (they’re not).

She had a year and a half to get ready.  There’s three and a half weeks left till take-off.  She’s already convinced that somehow she’ll be late to the airport.

About the image:  I kept ending up around that spot without meaning or wanting to.  It was always in passing and in a rush to get somewhere else fast.  I knew each and every time that I need to slow down, return, stay a while.  It did not happen with the exception of a few quick takes on the go, on the sly, almost in spite of it all.  If you live in Warsaw you might recognize the place right away.  Maybe not.  After all it is such a passing thru..  I wanted to talk to the peddlers selling the prettiest small bouquets of  wild flowers.  I wanted to photograph them or the girl handing out flyers.  I kept promising myself to come back.  I will.